Pastor Gordon was born in Ft. Lauderdale, Florida, the second of nine children. He was raised in Chicago Illinois. An exceptional student-athlete, he dropped out of high school during his senior year to enlist in the United States Marine Corps. This decision led to a variety of life experiences that have molded his sensibilities toward life. Among these experiences were a thirteen-month stint as a combat infantryman in Vietnam, an eighteen-year battle with drug addiction and drug dealing, intermingled with a roller coaster life of wealth, poverty, incarceration, homelessness, and, more recently, life as a successful college student, advocate, leader, husband and man of God.

On June 27, 1999, he discovered the peace that comes with the assurance of knowing the purpose of his existence, as the Lord summoned him to shepherd His beloved flock, St. Paul Missionary Baptist Church. 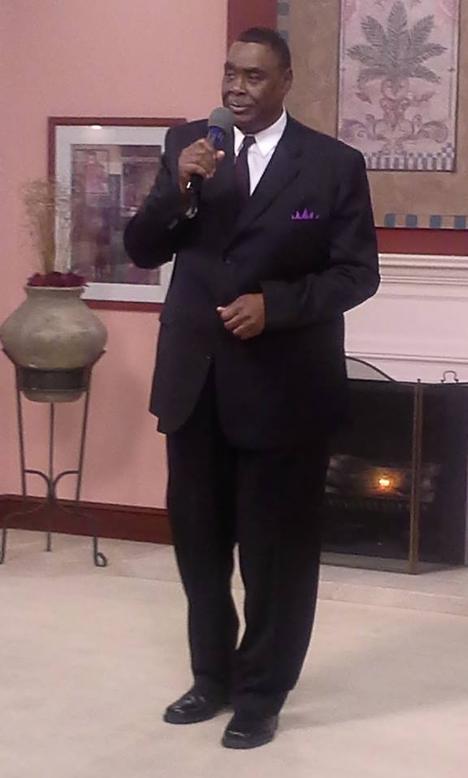 While he has been honored with much public recognition, academic awards and degrees, he is most thankful that on January 27,1985, while living in a drive-in theater in San Bernardino, California, he confessed a hope in Christ. On that night, the Lord presented him with His loving gift of grace and put a yearning and burning desire in his heart to serve the Lord.

In 1986 Pastor Gordon united in fellowship with the Second Baptist Church of Redlands, California. There under the strong leadership of Pastor Anthony Green, he often reneged on his promise to serve the Lord as he vacillated between obedience to God and the desires of the world.

In November of 1991, he united with New Hope Baptist Church in Ann Arbor, Michigan. At New Hope, under the guidance, teaching and preaching of the late Rev. Dr. Albert J. Lightfoot Jr., Pastor Gordon rededicated himself to the Lord and began to, in a more serious and sincere way, work out his soul salvation. In August of 1996, God, through divine revelation, called him to preach the gospel of Jesus Christ. After struggling with his own worthiness of such a cosmic calling, he accepted his call to the ministry on March 3, 1997, and on May 14,1999, he was anointed and ordained a Baptist preacher.